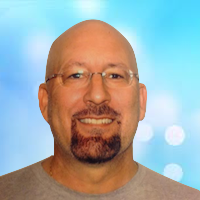 Is a native Baltimorean , made aliya with his parents as a teenager. He served in the IDF in the Military Police and after 3 years of compulsory service, he subsequently joined the Israel Police where he served as a Detective Sergeant and Crisis Negotiator. During his police career he also served as Head of the Juvenile Unit and found that he loved interacting with the schools and teaching children and considered teaching to be an ideal second career once he retired from the police.
In 2007, he moved to the U.S. with his family and began teaching Hebrew and Judaics at Beth Tfiloh in Pikesville and other various Jewish Day Schools in the Baltimore metropolitan area. He also taught Hebrew to undergraduates at University of Maryland, College Park.
Mr. Fagan graduated with honors from Hebrew University with a degree in Jewish History and Criminal Justice. He is presently pursuing his Masters Degree in Jewish Education.
Mr. Fagan is married to Orit and and they have four children. They live in Pikesville, Maryland.